How to Improve Your Life with Functional Mushrooms

“I think people are always interested in the next big thing in nutrition — that one swap in your routine that will give you an edge,” said 80 Twenty Nutrition founder Christy Brissette, RDN, in an interview with Everyday Health. When it comes to functional mushrooms, the list of potential benefits is long — including stress management, an increase in strength and endurance, a boost to the immune system, an uptick in creativity, focus and productivity, improved gut and skin health, and a more reliable sleep schedule. “Humans and fungi have been working together synergistically for thousands of years,” said Four Sigmatic founder Tero Isokauppila, speaking with The Denizen, “and although this may seem like a trend to the Western world — it is anything but.”

Starting the day with a hot drink is a wake-up ritual for many, whether it’s tea, coffee or an herbal elixir. But what if that warm, comforting mug of your favourite beverage could bring a little something extra to your morning? 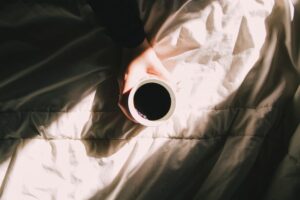 Functional mushroom coffee and mushroom tea — ideal starting points for daily functional mushroom use — are often made up of varietals like chaga and reishi because those mushrooms contain adaptogens. “Adaptogens are herbs or foods that help your body adapt to stress, so there’s a lot of buzz around adaptogens and nutrition right now,” explained Brissette.

Chaga also boasts “incredibly high antioxidant elements,” Isokauppila noted, while a study published by the Cochrane Library showed that reishi mushrooms have the ability to stimulate immunity. All of the above mean beginning the day more mentally and physically equipped to handle the various stresses that come our way.

The urge to reach for a sugary mid-afternoon snack seems to come at that time of day when creativity, concentration and productivity begin to lag. Skip the inevitable sugar crash and seek out a functional mushroom tea or coffee that contains cordyceps to boost energy and stamina or lion’s mane, that beautiful, furry-seeming fungi meant to aid concentration and inspire creativity.

If it’s the post-lunch carb-load that’s dragging you down, maitake (also known as “hen of the woods”) or lion’s mane mushrooms are the kind to reach for in your daily functional mushroom routine. They fall under the category of prebiotics, which means that they act as food for the good bacteria in your gut, aiding digestion, explained the Director of Medical Education at Gaia Herbs, Mary Bove, ND, in an interview with Clean Eating.

Known as the “Queen of Mushrooms” or, to Isokauppila as “the sleep and stress” mushroom, reishi has natural sedative properties that promote a good night’s rest. Two factors are said to feed into reishi mushroom tea’s sleep-promoting abilities. The first is the mushroom’s ability to reduce stress, a major factor in sleep disruption. The second is reishi’s potential to act on the nervous system, thereby calming and relaxing the body. 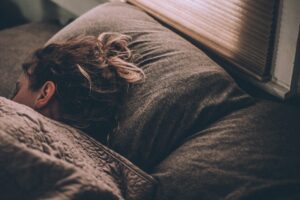 The inside and out benefits of daily functional mushroom use work not to replace, but to enhance our rituals — from morning to night.

Adaptogens, functional mushrooms, and herbal supplements backed by both history and science.
Shop
NextPsilocybin Tourism: Mushroom Retreats are Making it Onto the Bucket Lists of Wellness SeekersNext 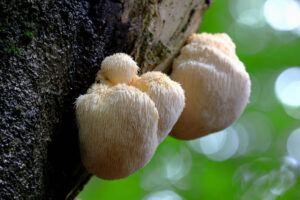 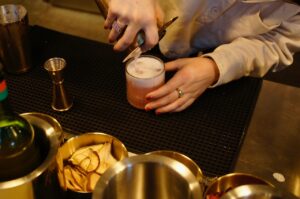