The Psychedelic Association of Canada views access to psychedelics for all Canadians as a human right. That’s what drives the work of Executive Director Jay Katz, who says that the organization’s mission is one of education and advocacy in the psychedelic space.

Founded in 2019, one of the goals of PAC is to “provide the grid of information on all levels, so people can plug into the box that suits them the most.” This means that the association is active in spheres ranging from medicine to business to education while at the same time acting as a hub for other non-profits in the psychedelic space. “We touch base to make sure we’re not duplicating each other’s work, to make sure everything’s being covered, and to be resources for one another,” says Katz.

While building a following on social media and engaging in community outreach, the association has made major inroads with the Canadian government and Health Canada, too. “The dialogues are ongoing,” says Katz, citing two projects that PAC has planned for this fall in Ottawa. “We have presented memos to Health Canada and we presented a petition to parliament in Ottawa advocating for plant and fungi medicines, which is important because we’re now a matter of record in parliament. The psychedelic issue is now on the agenda.”

The way the organization operates reflects Katz’s belief in a many-pronged approach in which a multitude of advocates for psychedelic medicine share a singular goal that has the potential to take an array of different routes in order to reach its destination.

“I use the metaphor of a boat race,” he says. “We’ve got all these boats along the dock and they all eventually want to get across the finish line — the finish line being access to psychedelics for everyone. Maybe all the boats will leave at the same time, get to the finish line at the same time, but that’s not usually how boat races go.” For example, he says, “There’s a boat called ‘legalization for all activities.’ There’s a boat called ‘just healthcare application.’ There’s a boat called ‘psilocybin for PTSD’ and another boat called ‘MDMA for PTSD’ and another boat called ‘psilocybin for depression.’ All the people who are advocating for each of those boats have a lot of important science behind them and these are really important issues and really important needs that are being addressed. But while we want to get access for everyone as soon as we can, we might have to go one piece at a time,” Katz explains.

“That’s how these things work. We don’t have to decide which is the best way to go before we leave the dock, we can send our boats up and see who crosses the finish line and learn from that process and decide about our priorities as we’re making progress,” he says. “Because every boat that crosses the finish line is that much closer to our overall goal.”

And while legalization, or as Katz more precisely puts it, “access” is the primary goal for PAC and organizations like it, the work of the association reaches beyond that target. “Beyond legalization, we become more like an industry association providing education and assistance to people to qualify within our sector [as well as] working with government and regulating bodies, and having networking events — just like the association of dentists or accountants,” he says.

Both Katz and PAC are passionate about the “whys” behind increasing access to psychedelic medicines. “There are two main stories that define what we’re doing,” he explains. “The first story is that the science is really compelling on the efficacy of psychedelic medicines to treat several kinds of mental illness. In addition to PTSD, anxiety, and depression, we’re seeing research now in addiction and on bipolar disorders. There are people suffering from these mental illnesses who are not being cured because they don’t have access to psychedelics. There is a moral obligation to make these medicines available.”

The association’s reach also extends beyond the Canadian borders and involves cooperative work in Europe, Australia, and with the United Nations — places that, says Katz, look at the progress being made in Canada with envy. Still, there’s work that remains to be done and Katz encourages people interested in and passionate about psychedelic access to join PAC.

“This is a people-led movement,” he says. “If this is something that interests you, you can really make a difference. Together, we’ll make this happen. Even though some of us have differences because we work for corporations and want to patent some synthetics, or we’re grassroots practitioners, or we believe in the spiritual impact of psychedelics, we all want the same thing which is access for Canadians.”

Adaptogens, functional mushrooms, and herbal supplements backed by both history and science.
Shop
PrevPreviousThe Secret Sex Life of Plants: Adaptogens & Intimacy
NextPsilocybe Cyanescens (the Wavy Cap) is One of the Most Potent Psychedelic FungiNext 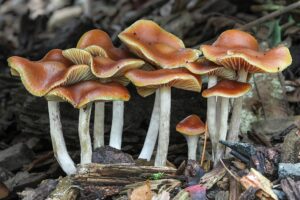