This week San Francisco, the birthplace of psychedelic culture in the United States, decriminalized plant-based psychedelics, including psilocybin-containing mushrooms. San Franciscians have joined a patchwork of cities across the US who have put psychedelic-friendly legislation on their books, including Denver, Oakland, and Washington D.C. And north of the border, a British Columbia-based start-up has completed what they claim is the largest legal harvest of psychedelic mushrooms in history, all with Health Canada’s blessing.

Developments like these are making psychedelic mushrooms more accessible, whether it’s via high-tech startups or longstanding therapeutic advocacy groups (like MAPS). But the fungi themselves have travelled a long road to get here, and the history of their discovery, cultivation, and dissemination have largely gone untold. You may have heard of mushrooms like the Golden Teacher or Penis Envy, but what’s behind these names is another story.

As far as nomenclature is concerned, few psychedelic fungi promise as much enlightenment with their name as the philosopher’s stone, otherwise known as Psilocybe tampanensis mushrooms. And few of them have so fascinating — and so dark — a history.

Of magic mushrooms and murder

The mushroom was first discovered in Tampa, Florida — hence its species epithet, tampanensis — 1977 by a mycologist named Steven Hayden Pollock. Pollock, who wrote and published the book “Magic Mushroom Cultivation” the same year he discovered the philosopher’s stone, was an early adopter of the idea that psychedelic substances could have profound therapeutic benefits. “Pollock was very much committed to making a major impact on medicine,” journalist Hamilton Morris, who has written numerous investigative pieces about Pollock, told NPR in 2015. “He genuinely believed that [magic mushrooms] could be FDA-approved treatments for things like autism.” 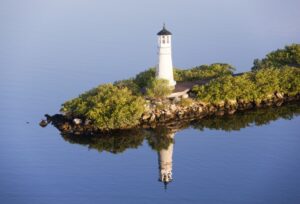 Pollock discovered that Psilocybe tampanensis mushrooms produce a sclerotium, which is a hard, dense, compact concentration of mycelium that is a sort of dormant fungus, existing as a food store until mushrooms are ready to grow. The sclerotium of the philosopher’s stone is where the fungus’ psilocybin and psilocin are highly concentrated, and Pollock discovered that it can easily be cultivated — and cultivated well.

Then, Pollock started selling other illegal drugs as well. And in 1981, he was found shot dead at his home office, with 1,753 jars of cultivated psychedelic mushrooms — most of them Psilocybe tampanensis mushrooms — at his nearby lab. Police burned all of the jars, and until the early 2000s, the philosopher’s stone mushroom was essentially assumed to be extinct.

But one of Pollock’s spores survived. According to Harper’s, a specimen from his laboratory was sent to a lab in the Netherlands in the mid-1990s by another American mycologist, Stephen L. Peele. In addition to inadvertently kickstarting the Dutch magic truffle market, Peele also successfully dispersed thousands of tampanensis spores in the United States. Peele was a former police officer and amateur mycologist living in Virginia who used his law-enforcement background to obtain a number of psilocybe spores, including tampanensis. 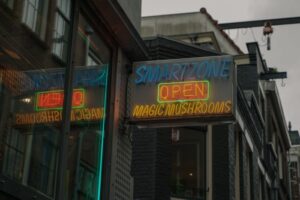 After several years of struggling to sell his rare philosopher’s stone specimens, Peele exported a live culture to a European fungus library, then literally set the rest free, dispersing his massive spore collection into the winds of Hurricane Erin in 1995. Two weeks later, a philosopher’s stone specimen was identified in Mississippi, more than 1,200 kilometres away.

They don’t really know what it is other than it’s a legal source of psilocybin.

While some Psilocybe tampanensis mushrooms may grow in the wild, they are most commonly cultivated as sclerota, and are now sold throughout the Netherlands as “truffles”. “They call it the Pollock strain,” Morris told NPR. “People all over the world, going to Amsterdam, going to smart shops, getting these little Tupperware containers full of this fungus. They don’t really know what it is other than it’s a legal source of psilocybin, and Pollock’s name will be right on the packaging.”

Psylocybe tampanensis mushrooms are small and yellow-brown, with a conical cap. The caps are up to 2.4 cm in diameter, sitting on a thin stem that can grow up to 6 cm long. The cap’s surface is smooth, can appear yellowish-grey when dried, and has gills that are broadly attached to the stem. Philosopher’s stone mushrooms have white flesh that bruises blue, and their exteriors can become somewhat sticky when wet.

The sclerotium, which is the part of the philosopher’s stone that is most commonly sold and consumed, does look more like a truffle than a mushroom: it is yellow-brown, with an overall shape that is popcorn-like — rounded and irregular, and varying substantially in size, depending on how it’s cultivated.

Philosopher’s stone is extremely rare to find in the wild. The fungus will sometimes grow in the aftermath of wildfires, while the mushroom’s sclerota can be cultivated on a number of organic materials, including seeds and grains. Individuals who cultivate philosopher’s stone mushrooms usually grow just the sclerota, rather than the mushroom itself, since the sclerota contains the most potent concentration of psychedelic materials. 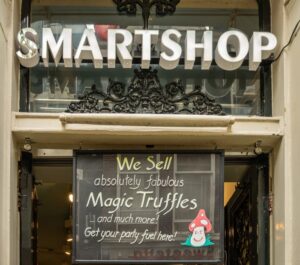 Pollock’s murder remains unsolved, but his magic mushrooms — the “Pollock strain” — remain widely cultivated, sold and consumed in the Netherlands. And the philosopher’s stone does exist in the wild — though, having only been confirmed found about a dozen times, prospective users may be better served booking a flight than trying their hand at foraging.