About the Author Mattha Busby is a former comment editor at The Link, and a freelance journalist for Vice and The Guardian.

The Indian system of holistic healthcare known as Ayurveda, which roughly translates to “knowledge of life”, is believed to be 5,000 years old. The use of ashwagandha, a traditional Indian herb whose roots are used to treat a wide variety of ailments, is at least as old.

Now, as the west is looking east for treatments to ease a mysterious condition known as long Covid, scientists are studying whether the adaptogen, ashwagandha, could help treat symptoms like extreme fatigue, muscle weakness and poor mental health in this context as many continue to suffer from the residual effects of coronavirus infection.

The World Health Organization (WHO) and a UK all-party parliamentary group committed to increasing medical pluralism are supporting an Indian-government funded London School of Hygiene and Tropical Medicine study to assess whether the so-called “queen of Ayurveda” could help ease the enigmatic condition.

Although around 40% of the modern medical pharmacopeia comes from plants, the results could represent a potential landmark in the process of integrating eastern traditional herbal medicine into western medical practice.

The High Commissioner of India in the UK, Gaitri Issar Kumar, welcomed the development. “Since the start of the Covid-19 pandemic, our medical fraternities have come together to find solutions,” he said in an August statement when news of the study was first reported. “It is, therefore, most logical that the efficacy of the ancient Indian science of Ayurveda should be shared with interested institutions in the UK.”

It comes amid growing low-quality evidence that ashwagandha is effective at reducing anxiety, stress and fatigue, while improving muscle strength among those with chronic conditions. It is best known both for its abilities to boost stamina and energy (ashwa means horse in Sanskrit) and strengthen the immune system, and also to improve quality of sleep through the reduction of stress. 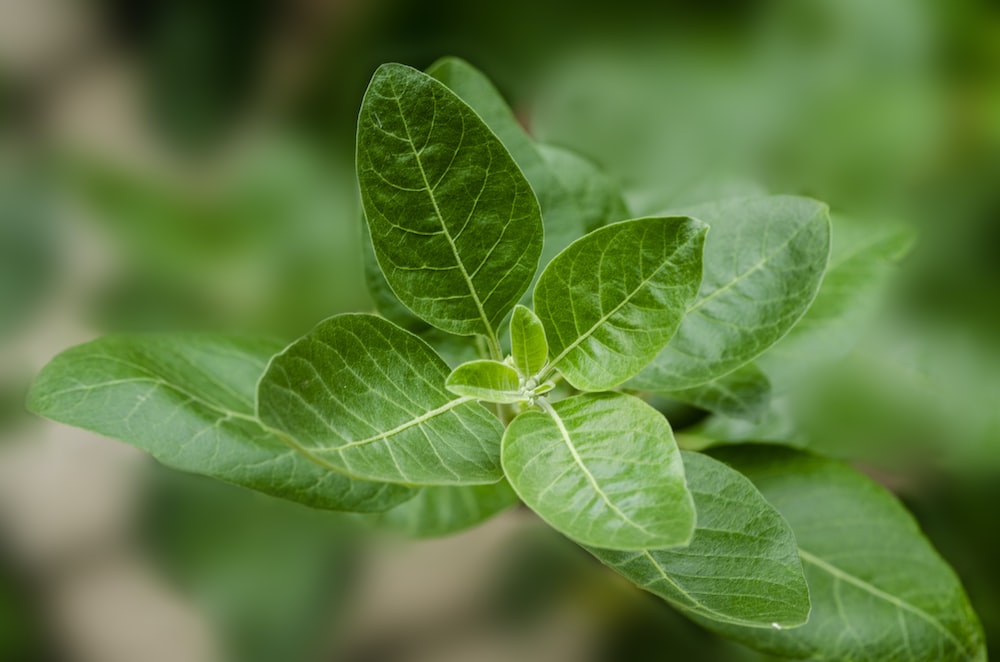 Recommended in the Kama Sutra

Also known as Indian ginseng, ashwagandha has long been used as a sexual tonic (recommended in the classic Indian treatise on sex, the Kama Sutra), and it grows abundantly across Asia – being cultivated on a commercial scale across northern states of India.

“I sometimes refer to ashwagandha as a mesmeriser or a hypnotist,” Richard Mandelbaum, an American herbalist, told the BBC for a video on ashwagandha last year. “So, if you picture yourself as a snake that’s flailing and a bit out of control, ashwagandha is the snake charmer to bring you back to centre.”

The double-blind study involving more than 2,000 people in the UK who have long Covid is due to begin in April after a lengthy, 18-month, process to gain permission from the Medicines and Healthcare Regulatory Agency concluded last month. Half of the participants will take 500 mg ashwagandha tablets twice a day for three months, with monthly check-ins to self-report quality of life and symptoms.

Already, people are self-medicating with ashwagandha in growing numbers. It has quietly become wildly popular in western alternative medicine circles – though not usually consumed as it is traditionally, with ghee and honey.

Products including latte powders, capsules, and moisturising creams are now among the top five herbal products in the US and sales grew 45% between 2017 and 2018, to US$11m. It is also sold as part of nootropic packs which claim to be cognition-enhancing. 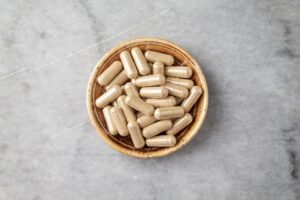 Wellness influencers such as former Friends actor Jennifer Anniston and former Duchess of Sussex Meghan Markle have also promoted the apparent benefits of ashwagandha. “It is our belief that many people are discovering adaptogens because of ashwagandha, which has served as the gateway herb to the overall adaptogen category,” Gaia Herbs product manager Jonathan Fitzpatrick told Nutritional Outlook.

“Many toxicological studies have demonstrated that ashwagandha, in its reasonable doses, is a non-toxic, safe and edible herb and possesses anti-stress, anti-oxidant, analgesic, immunomodulatory, adaptogenic and immunostimulant properties,” reports a paper in Neurochemistry International. “The effects of Ashwagandha leaf extracts are multidimensional.”

‘Could be very useful against Covid’

Dr Geetha Krishnan, technical officer at the World Health Organisation (WHO), who helped to establish the research project, told Beatrice: “There are a considerable number of studies which explain how ashwagandha has very good immunomodulatory effects… the research team has high expectations on the usefulness of it against Long Covid.”

In June 2020, a study by the Indian Institute of Technology and Japan’s National Institute of Advanced Industrial Science and Technology, published in the Journal of Biomolcular Structure Dynamics reported: “Ashwagandha stem … may provide preventive and therapeutic benefits in the current pandemic.”

A separate study published in the same journal the following month also said ashwagandha’s status “as an immunity enhancer, anti-diabetic agent and blood pressure and hormonal regulation is well known. The present study suggests that additionally, the Ayurveda herb ashwagandha could prove to be an alternative to available treatments of Covid-19.”

But despite its long history, ayurveda has not been put under much clinical scrutiny. This could be due to a historic rejection of traditional medicine in the west, and the difficulties of assessing compounds which work holistically in a multifaceted way to improve health.

Going under the microscope

Some fitness enthusiasts have recently criticised ashwagandha on YouTube after taking large doses to increase energy. This can upset the stomach, causing diarrhea and vomiting.

“Although sheltered with long history and high trust, ayurveda principles have not entered laboratories and only a handful of studies have identified pure components and molecular pathways for its life-enhancing effects,” reports a paper in the Journal of Translational Medicine.

That could all soon change. “Eastern medicine has a large repository of knowledge,” adds Krishnan. “If it can get translated into Western medical practice, then the world will benefit.”

The Need to Destigmatize Enhanced Therapy By: Corrina Allen-Kiersons

When Substances Conflict With Existing Medication By: David Carpenter

Psilocybe Tampanensis: A Magic Mushroom with a Dark Past By: Rebecca Tucker

Psilocybe Cyanescens (the Wavy Cap) is One of the Most Potent Psychedelic Fungi By: Corrina Allen-Kiersons